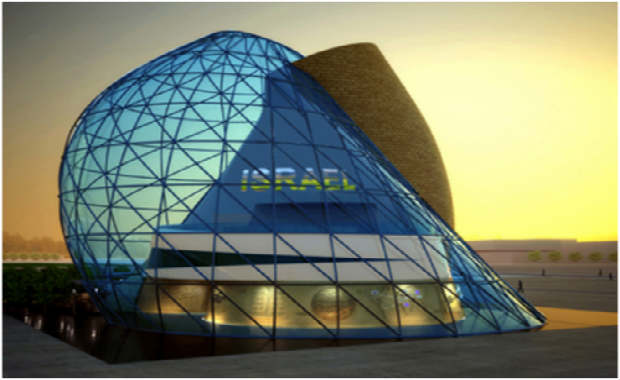 Israel is undoubtedly one of the most hated countries on Earth. Hatred against Israel is deeply rooted in the Arab world and in the Muslim world at large. It has also progressed quickly in Europe over the last decades. Although less common in North America, it is gaining ground, especially in universities, and « anti-Zionist » events such as Israeli Apartheid Week annually attract thousands of students on dozens of campuses.

In addition, Israel is a threatened country. Iran continues toward building nuclear weapons. Instability in the Sinai Peninsula may at any moment lead to a deadly terrorist attack. The civil war raging in Syria, the presence of al-Qaeda on Syrian territory, and an eventual strike against Syrian military could spill over into Israel and lead to a larger-scale war.

Israel is also a country facing difficulties: real estate prices are very high and restrict homeownership, tensions between ultra-Orthodox and more mainstream Jews are rising, and the poverty rate is above twenty percent.

Nevertheless, polls show year after year that the Israeli population is imbued with hope and confidence. A recently published survey, the World Happiness Report, based on Gallup World Poll data, says that Israelis are the 11th-happiest people in the world, behind the Swiss and Scandinavians, but before the Americans (17th), the British (22nd ), the French (25th), and the Germans (26th).

Israelis’ happiness is difficult to explain to people who observe Israel from a distance, but if one delves deeper into Israeli society, it becomes very explicable.

Although it is less present in the Tel Aviv intellectual elites, a feeling of belonging to a society sure of its values and core beliefs is very strong in Israel: the Jewish people regained their land and their roots, and Israelis feel that they are part of something much larger than themselves. People who have meaning and purpose in their lives are always happier.

Israelis who contemplate the history of their nation cannot but be impressed by what was accomplished in so short a time. In little more than six decades, Israel has evolved from a developing country to a country at the forefront of technological accomplishments, and from a tiny and fragile country to the most stable and the strongest power in the Middle East. Israel was constantly faced with wars and terrorism but never ceased to be an exemplary democracy and never restricted freedom of speech.

It could be added that, twenty years on, Israelis have largely distanced themselves from the illusions that led to the Oslo Accords. As they seek peace, most of them know that they have no partner for peace. Most of them know that the status quo is the least bad solution and that Israel can wait, with vigilance and determination. They have confidence in Israel’s ability to defend itself. Despite the regional context, a recent survey showed that only 16.4 percent of Israelis believe that Israel faces increased risks over the next few months, and 74.4 percent of Israelis think that Israel’s security will remain what it is today, or will soon improve. The same survey indicated that only 7.7 percent of Israelis believe that an agreement with the Palestinians is possible.

During the Jewish year that just ended with Rosh Hashanah and the ten Days of Awe leading up to Yom Kippur, one Israeli was murdered in a terrorist attack, and eleven Arabs involved in terror attacks were killed. These figures are among the lowest in the history of Israel. Since the fall of Mohamed Morsi, Hamas is paralyzed and on the defensive. The Palestinian Authority sees that the Israeli-Palestinian conflict is not a priority for anyone apart from John Kerry. Iran is a growing threat, but its leaders’ priority is to save the Assad regime; Hezb’allah knows that it could hardly survive if the Assad regime does not survive; and the Assad regime itself has no intention to attack Israel: in the last decade, Assad has chosen to ignore all Israeli attacks on its territory. Sunni jihadist groups are busy fighting the Assad regime or fomenting sectarian strife in Iraq.

The Israeli government agreed a few weeks ago to return to the negotiating table. Binyamin Netanyahu sent Tzipi Livni to meet Saeb Erekat. But not a single minister, except perhaps Tzipi Livni, thinks an agreement will emerge. The idea that Israel must choose between being a Jewish state and remaining a democratic state, recently revived by the creation of a Constitution Committee, finds little echo in the Israeli population: Israel is a democratic country, and Israel is a country where the population will remain predominantly Jewish, with no risk of demographic submersion. Israeli Arabs represent twenty percent of the country’s population, and their birth rate has been steadily converging with that of Israeli Jews. Even if, hypothetically, Israel annexed Judea and Samaria, the most reliable figures (used by the CIA’s World Factbook and the Israeli Central Bureau of Statistics) show that the proportion of Arabs in Israel would reach 35 percent — and the Arab birth rate in Judea and Samaria is lower than that of Israeli Arabs.

Beyond the differences among its members, the Israeli government faithfully reflects the determined force permeating the Israeli people. They discern that time is on Israel’s side, and that even if Israel may yet have to act against imminent threats, the future of the country is bright.

The Arab world is being torn apart. It looks on the verge of a general collapse that could last for years, maybe decades. Iran’s economy is in very bad shape, and unlike the Israeli population (3 children per woman), the Iranian population is aging (1.8 children per woman). Turkey’s economy was booming but is now slowing down, and the Turkish fertility rate is decreasing.

Europe takes anti-Israel decisions, but Europe’s economies cannot break ties with the Israeli economy: European businesses need Israeli technologies and cannot do without Israel’s creativity and dynamism. After the European Union imposed a boycott against Israel, Israel threatened to withdraw from Horizon 2020, « the EU Framework Programme for Research and Innovation. » Consequently, EU leaders reversed their policy, and EU « Foreign Minister » Catherine Ashton stated (at the meeting of EU Foreign Minister in Vilnius on September 6): « Of course, we want to continue having a strong relationship with Israel. »

European economies will also have to take into account that Israel’s newly discovered energy resources will shift the future balance of power in the Middle East: Israel is now the country with the largest latent oil and gas wealth per capita. In March, the first major Israeli gas field, Tamar, began production. Other fields will follow. The Shfela Basin, southeast of Jerusalem, contains 250 billion barrels of pre-oil hydrocarbon and could soon be commercially exploited. Israel will become a producer and exporter of cheap energy. Its GDP will considerably increase. Its military security will be decisively enhanced.

The Israeli government sees that friendship between the American people and Israel remains deep and intense, despite campaigns of anti-Israeli propaganda and political fluctuations. The most recent polls show that, unlike Europeans, who are mired in moral relativism and infected with renewed anti-Semitism, a clear majority of Americans (64 percent in March, a record high) have a good opinion of Israel (the corresponding figures at the same moment were 17 percent in France and the United Kingdom, 10 percent in Germany). 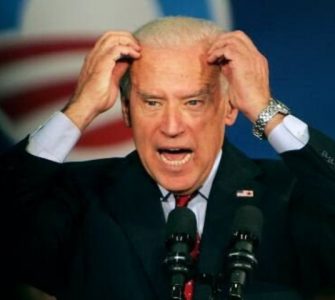