France/ Departing For Syria – Or Not

Since 1807, « Departing for Syria » ranks high in the French military repertoire. There is little enthusiasm in the French public opinion, however, for joining the Obama administration in a war against the Assad regime.

The young and handsome Dunois

Went to ask the Virgin Mary,

His heroic deeds to bless,

Make it so, immortal Queen

He said on his leaving,

That I love the most beautiful woman

And be the bravest

A very popular song throughout the first half of the 19th century, and even an unofficial national anthem under the Second Empire, from 1852 to 1870, Partant pour la Syrie has remained a classic of French military music to this day. Indeed, it has contributed in no small way to modern France’s infatuation with the Orient, and the popularity of wars of colonial conquest or « pacification » in North Africa, the Balkans, the Near and the Middle East. In line with the 1916 Sykes-Picot agreements, the French occupied present-day Syria and Lebanon in 1920 and ruled them as a League of Nations mandatory power until 1946. They are back in the area since 1978, as self-styled « protectors » of Lebanese independance and as permanent part of the United Nations Interim Force In Lebanon (Unifil) – a largely decorative role.

However, Queen Hortense’s music may finally have run ouf of its magic.

The prospect of a French participation in an American-led coalition against the Assad regime, as outlined by president François Hollande, is largely unpopular. According to a BVA/Le Parisien poll released on August 30, 64 % of the French oppose such a move. An Ifop/Le Figaro poll on September 6 turned out exactly the same figures. A sharp rise from earlier polls : for about six months, from February to the first weeks of August, opposition to war amounted to an average 40 % of the public opinion, and never went above 49 %.

A LH2/Le Nouvel Observateur poll released on September 9 is shedding more light. The Left as a whole is more supportive than the Right : 49 % against 27 %. However, followers of Hollande’s socialist party (PS) are much more supportive than the other groups among the Left : 57 % against 47 % of the neocommunist Left Front followers and 39 % of the Greens. Among the Right, followers of Sarkozy’s conservative party (UMP) are slightly more supportive than followers of Marine Le Pen’s National Front (FN) : 29 % against 21 %. Clearly, political affiliation is a factor : the more sympathetic one is to Hollande, the more one supports prospective operations in Syria. By that token, the president’s fortunes do not run high outside his own party. A confirmation of the very low global approval rate he currently enjoys : a bare 32 % according to an AFP/Le Monde poll released on September 3.

But there is more than domestic issues in the French reluctance to go to Syria. Many citizens say the war is ill conceived and may backfire. According to the BVA/Le Parisien poll, 37 % of them think Western military operations will pave the way to a radical Islamic take-over of Syria ; 35 % are concerned operations may trigger a broader regional war ; and 22 % are skeptical about the outcome for the local population in terms of improved safety and human rights. As for Hollande’s (and Obama’s) main rationale for military action – the « moral duty » to punish the Assad government for using chemical weapons against fighters and civilians alike in rebel areas – , it is too reminiscent of the charges leveled ten years ago against the Saddam Hussein regime in Iraq to work with the French public opinion. The French largely opposed the Second Iraq war and have tended to believe, ever since then, that the entire case against Saddam’s non-conventional armaments was a deliberate American hoax.

The contemporary French are quite ambivalent when it comes to war. Along with Britain, France is the only European country with a real military potential (nuclear weapons, a rapid deployment force, a navy, a large armament and space industry), and is intent to keep it (an impressive « French Pentagon » is currently under construction in South Paris). Successive administrations, both conservative and socialist, have engaged in military or peace-keeping operations abroad over the past forty years, with or without an international warrant : in Subsaharan Africa, from Chad in the early 1970’s to Mali earlier this year ; in Lebanon, Iraq, Afghanistan and Libya, from the late 1970’s to this day ; in Bosnia and Serbia in 1995 and 1999. As long as losses in personnels are kept comparatively low or non-existent, involve only professionals, and risks are seen as minimal, there is almost no criticism or dissent. The French enjoy feeling like a Great Power ; and being a military power is evidently part of the deal.

On the other hand, the French realize that they are only a Little Great Power, just like the British, and that their military potential is in fact quite limited. Their defense budget ranks sixth in the world and is less than one tenth of the US defense budget ($59 billion against $682 billion). Subsaharan Africa is probably the only place where they can act alone : even if their latest operation there, the war against islamists in Mali, was backed in many ways by the United States. Everywhere else, they have no choice but being America’s junior partners, or dropping from the scene altogether : a dilemma they have been uneasy about, and which has elicited much resentment. Jacques Chirac’s desistment from the Second Iraq War in 2003 – a rare instance where the French asserted their Great Power status by opposing an American operation rather than by supporting it – was very popular for that reason.

Hollande decided to join forces with Barack Obama on Syria on several assumptions. First, he thought that France could not stay away from a momentous US intervention in the Middle East without relinquishing its status as a Great Power with special authority on Middle Eastern issues. Second, he thought that backing the Obama administration would be more popular than just backing America, especially among his own voters ; and that « protecting Muslims » in Syria would please the French Muslim vote, which is overwhelmingly supporting the Left. Third, since he had slightly benefited from the successful Mali campaign last spring in terms of personal popularity, he was looking for at least a similar boost in the case of a Syrian campaign.

He may have misread the situation on all accounts. What was supposed to be Obama’s major show of force has been marred with dithering and shilly-shallying and a fierce political debate at home. Obama’s popularity is waning everywhere, including among his erstwhile liberal and radical supporters. And if the whole Syrian charade ends up with a Russian diplomatic victory, Hollande may be criticized for not having emulated Chirac’s move on Iraq in some measure.

François Fillon, who was for five years Nicolas Sarkozy’s conservative prime minister and may run for president in 2017, has seen a window of opportunity here : he said in a radio interview on September 8 that he « would have more actively negotiated with the Russians » and voted, would the case be raised at the UN, against « military intervention in Syria ». The same about the neocommunist Jean Luc Mélanchon, the leader of the Left Front, who on September 11 not only welcomed Putin’s diplomatic move about a non-conventional disarmament of Syria but insisted that the United States and France should exert similar pressures on Egypt and Israel.

There is a modicum of solace for France and the French president, however, in the fact that the status of all Great Powers is being questioned in the wake of the Syrian crisis. France and Britain may be Little Great Powers, but Russia is not much more, in spite of its diplomatic virtuosity, and may have overstreched itself in challenging the United States on this issue. China may be a formidable potential player in international affairs, including in the Middle East, but still lacks a global military capacity. As for the United States, it still is a Great Power and even the only Super Power, but its global reach, under the Obama administration or any similarly inadequate leadership, may quickly evaporate.

Michel Gurfinkiel is the Founder and President of the Jean-Jacques Rousseau Institute, a conservative think-thank in France, and a Shillman/Ginsburg Fellow at Middle East Forum. 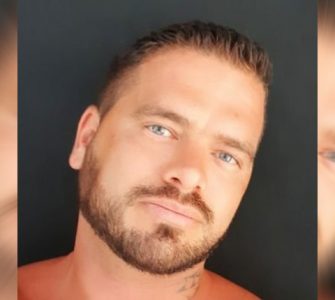