No Future for France – Guy Millière An atmosphere of insurgency hangs over France. Month after month, demonstrations against the legalization of gay marriage bring together hundreds of thousands of people, and mobilization is not weakening. Members of the government are harassed by disgruntled crowds during each trip they make. Bankrupt factories are stormed by angry workers who sometimes occupy the streets to erect barricades made of burning tires. Leftist groups hold rallies and accuse the government of not being radical enough. Rightist groups hold other rallies and suggest that French civilization is threatened and must fight back. Rabid feminists attack Catholics by stripping naked in public and shouting obscene slogans in churches and cathedrals.

Financial scandals are accumulating and slowly discrediting the entire political class. One month ago, Jerome Cahuzac, a Secretary of Finance, center left, who was in charge of the fight against tax evasion, was indicted for tax evasion. Now, Claude Gueant, a former Secretary of the Interior, center right, is accused of bleaching “black money” coming from the former Libyan dictatorship. François Hollande was elected President just one year ago, but he is already discredited and on the ropes: none of his predecessors had fallen from grace so fast. Seventy-six percent of the French express a negative or very negative opinion of him, and the number continues to rise. Mainstream magazines describe him with an unforgiving ferocity: “The Mediocre President,” says one, “He shames us,” adds another.

Articles appeared recently comparing the situation to the 1789 Revolution and Hollande to Louis XVI, a weak King who ended up on the guillotine. Others drew comparisons to February 1934, a time when extremist groups attempted to seize the National Assembly in a context of widespread corruption and political decay. Some analysts, trying to find a ray of light amid the darkness, have spoken of a “French Spring.” But apart from the fact that the calendar says it’s spring in France, it is difficult to see anything that resembles “spring” in what is occurring.

France is a democratically unstable country. In two hundred and twenty years, she underwent eleven regime changes, and has seen innumerable riots. But in the past, rioters were carriers of hopes and dreams, even if their hopes and dreams were often tinged with illusion. Today, hopes and dreams are essentially absent. Pessimism among the French is frighteningly massive:  Seventy-one percent of the French think that the future will be much worse than the present.

France is a country where belief in a providential man capable of rehabilitating the country and able to deal with chaotic situations has persistently permeated citizens’ minds. Napoleon the First remains a virtually undisputed hero, although he sowed war throughout Europe; Marshal Petain keeps many admirers; General de Gaulle is often presented as a man who liberated France largely alone and “restored pride.” Today, there is no one to play this role. Hollande was a default candidate, chosen by his party only because Dominique Strauss Kahn (the front runner) had been involved in a sordid case of rape in New York, one year before the election. Nicolas Sarkozy was beaten by Hollande because he had disappointed those who supported him initially. No other leader of national stature has emerged, and those who rise and protest, no matter who they are and what they think, have no leader.

France is a country in decline, and for the first time, a large part of the population discerns that the decline is for real.

It is also a country where intellectual debates are suffocated and where the long march of the left through the institutions has produced results, marginalizing or eliminating any non-socialist idea from education, culture, politics and the media. And the consequences are plain to see.

Many French discern the immensity of the problems. How could they do otherwise? The economy has been stagnant or in recession for several years, the unemployment rate has been rising steadily and is now well above ten percent according to official figures, or much higher if those who have given up looking for a job are reintroduced in the statistics. Poverty affects more than twenty percent of the population. Slums have reappeared on the outskirts of Paris. Violent attacks are multiplying. Each week, dozens of women are raped, students are stabbed in the courtyard of high schools and passersby are slain. The lawless areas dominated by gangs and radical imams proliferate.

Most of them are in favor of tougher penalties for crime, but see that politicians, left or right, talk, but do not act and seem overwhelmed by an out-of-control situation.

A majority of the French want protectionist measures, the survival of the welfare state as it is, higher taxes for the rich and a strong and omnipotent State.

They refuse to see that the coffers are empty, that deficits are abysmal, that the government can no longer afford to waste money, that socialism is a dead end, and that the decline they fear and the chaos they see coming are a direct result of decades of socialism.

Their anger is an expression of anxiety, powerlessness, and despair.

One century ago, Emile Durkheim, a French sociologist, used a word that could adequately define French society as it is today: “anomie.” He wrote, “A society is in a state of anomie when the rules that allow it to function dissolve.”

The rules that allow French society to function are dissolving. People see that the present in France is bleak and that what is coming is even bleaker. They look for solutions, but they see that the solutions in which they could place their hopes don’t work or seem out of reach. They mistrust politicians, any and all politicians.

What will happen? The latent insurgency will probably last. Demonstrations and riots will take place here and there. Governments will replace governments. The future will be bleaker than the present. Anger, anxiety, powerlessness and despair will increase. Anomie will reign. There will be no coup, no regime change, no uprising.

In his last book, “After the Fall: The End of the European Dream and the Decline of a Continent,” Walter Laqueur asked the right question: “Does Europe still have a future, will it still exist a decade or two from now? Or will it revert to what it had been before – a mere geographical concept?”

What is occurring in France is a French tragedy. But it is part of a wider tragedy that must be faced and analyzed, without looking away.

Viewing the French tragedy as anything less than part of a wider tragedy would be an even more tragic mistake.

7 thoughts on “No Future for France – Guy Millière” 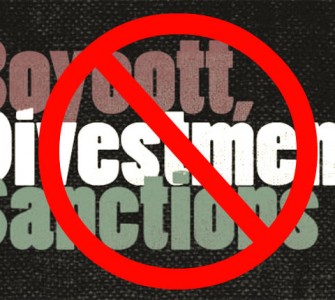