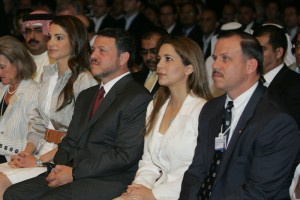 While the Arab League supports the right of any Arab to become citizens of any Arab country, they have a single  exception: Palestinians.

Today, over fifty years later, if you are a Palestinian and you want to become a citizen of an Arab country, you are almost certainly out of luck. And the reason being given is the same as in 1959: Arabs  say they are doing it to preserve Palestinian nationality, which they evidently believe is so fragile that if they were allowed to become citizens they would forget all about their history.

This is, of course, cynical. There are a few reasons why Arab countries do not want Palestinians to become citizens, but they have nothing to do with helping Palestinian nationhood. Lebanon is afraid of an influx of Sunni Muslims tipping the demographic balance in that country; Jordan (which took away the citizenship of all West Bank Palestinians in 1988) wants to make sure that the “Jordan is Palestine” idea is buried deeply away; and other Arab countries  just want to keep the Palestinian refugee problem alive to be used as a weapon against Israel.

No one has really asked the Palestinians themselves what they want.

While Palestinian leaders since the 1950s have been adamant when speaking to Westerners how they will not accept any solution besides return to Israel, in reality average Palestinians have acted in quite the opposite way. Every single time a crack in the system has allowed for a limited numbers of Palestinians to become citizens, they jumped at the opportunity.

Also in the 1950s, many Gazans sneaked across Israel to make it to the West Bank where they could become Jordanian citizens.

Last year, tens of thousands of Gazans hired lawyers to prove that they really had Egyptian ancestry to try to become Egyptian citizens. A few hundred Palestinians with Egyptian mothers managed to become citizens after public protests.

Meanwhile, Jordan has been stripping much of its Palestinian population of their citizenship if they can prove that they have ties to the West Bank. Again, this is being done, they say, for their own good.

It is obvious that most ordinary Palestinians who have lived their whole lives in Egypt, Lebanon, Syria and the Gulf would love to become full citizens if they were given the chance, and those in Jordan want to remain citizens. Arab nations are denying them that right.

How come nobody is demanding that Arab nations allow Palestinian Arabs to become citizens if they want to? Why do people who describe themselves as “pro-Palestinian” ignore this institutionalized discrimination against an entire population?

Beyond that, the Convention on the Rights of the Child, the 1961 Convention on the Reduction of Statelessness and even the Covenant for the Rights of the Child in Islam, all encourage or demand that children born in a state should become citizens of that state. Why are no human rights organizations demanding that the basic right of citizenship be applied to Palestinians born in Arab countries if they desire it?

There are a lot of people who say that they are “pro-Palestinian.”  But if you ask them whether Palestinians should be given the right of citizenship in their host countries, almost none of them would support it.

Perhaps they aren’t as “pro-Palestinian” as they claim to be.