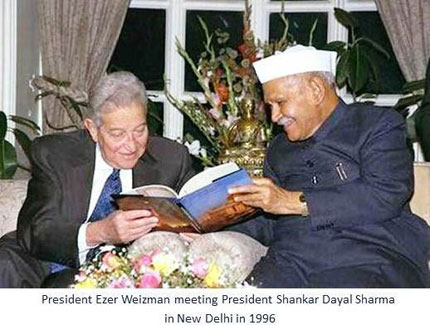 Israel and India celebrate today 20 years of diplomatic relations. In the background of these young and dynamic relations stand the ancient ties between the Jewish and Indian peoples, dating back over 2000 years. In the course of history, Jewish communities throughout India received the warmest hospitality and played an integral role in their surrounding societies. 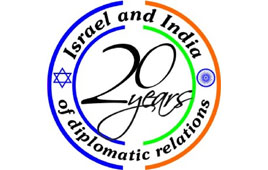 Today, Israel and India share an intimately close and special relationship encompassing virtually every field of human endeavor. From trade to education, from agriculture to science and technology, from energy and water to homeland security – Israel and India today work together in a vast variety of fields, some of which are no less than existential to them both.

At the core of these multifaceted relations lie the values, the interests and the challenges that Israel and India share. Both countries are open and free democracies that embrace modernity and progress whilst preserving their ancient heritage and history. Both countries strive to achieve stability, human development and economic growth for the well-being of all their citizens. Both countries also face a large number of threats and difficulties ranging from the scourge of terrorism to water and energy scarcity. It is these commonalities that make the connection and collaboration between Israel and India so natural and fertile.

The remarkable development of bilateral trade in the past 20 years is an unequivocal example of the vector of Indo-Israel ties. In 1992, the annual trade between Israel and India stood at a mere $180 million. By 2011, the annual civilian trade between the two countries, diversified and well balanced, had expanded almost thirty fold to surpass $5 billion. Both countries have expressed their intention to finalize a Free Trade Agreement by the end of this year, a development which is expected to further invigorate and diversify bilateral trade.

One of the key pillars of the relationship is the cooperation in the field of agriculture. Food security is more than ever a critical concern for both countries. In cooperation projects across India, Israeli technology and knowhow is being demonstrated and shared with Indian farmers, and joint Indian and Israeli agricultural R&D is conducted on the ground. The recently finalized three-year action plan sets the path for the establishment of 27 projects across 7 States in India in various fields.  This cooperation will no doubt benefit the Indian farmer and consumer and is already playing a significant role in India’s efforts to ensure food security to all its citizens.

Both Israel and India have excelled in the research and development of science and technology. At present, new platforms are being created for both government and private sectors to jointly enhance scientific innovation in crucial fields such as clean-tech and life sciences.

Unfortunately, Israel and India both suffer from the scourge of terrorism. Both societies have shown remarkable resilience and determination to ensure that life and freedom will prevail. The horrendous attacks in Mumbai in November 2008, in which Indians and Israelis alike were targeted, only strengthened the bond between the two nations and the understanding that only through concerted efforts, can terrorism be defeated.

Last month, the Minister of External Affairs of India, Mr. SM Krishna, conducted a historical visit to Israel and met with the Israeli leadership in Jerusalem. During the visit, President Shimon Peres referred to India as « the greatest democracy on earth. » Prime Minister Netanyahu said that « India and Israel are two ancient peoples seizing the future. » Foreign Minister Avigdor Liberman appreciated India’s approval of the opening of an Israeli Consulate General in Bangalore, a preeminent hub of high tech in India. This will be Israel’s third mission in India after New Delhi and Mumbai.

The 20th anniversary of relations between Israel and India will be marked throughout the year, in Israel and in India, with an elaborate array of cultural events. We stay committed to building upon the remarkable achievements of the last two decades, to further develop this promising relationship in the decades to come, for the benefit of both nations. 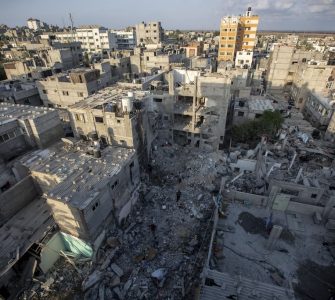