UNRWA is an impediment to peace – by DAVID BEDEIN

A Middle East peace process ensued 34 years ago, when Egyptian president Anwar Sadat made an unprecedented peace effort, when he proclaimed a new policy of peace and reconciliation with Israel. Sadat headed the largest nation of the League of Arab Nations, the very entity which declared a war of extermination against the nascent state of Israel in 1948. The very same League of Arab Nations spawned the PLO in 1964 for the very same purpose: to liquidate the Jewish state.

Festering issues from 1948 still include the vast property claims of nearly one million Jews from Arab countries who left almost all possessions behind, along with the claims of the descendants of half a million Arab refugees from 1948 war who left behind hundreds of Arab villages.

While Jewish refugees from Arab countries were absorbed into Israel, nearly five million descendants of Arab refugees from the 1948 war continue to languish in 59 United Nations Relief and Works Agency (UNRWA) “temporary” refugee camps in Lebanon, Syria, Jordan, Judea, Samaria, Jerusalem and Gaza, now funded to the tune of 1.2 billion dollars per annum by 38 western democracies, with the US government donating 25 percent of the annual UNRWA budget.

YET DESPITE its plague of poverty, UNRWA makes no effort to seek any long term solutions for descendants of Arab refugees who have wallowed in the indignity of refugee life for more than 60 years. UNRWA could adapt the principles of UNHCR, the United Nations High Commission For Refugees, to rehabilitate thousands of its clients. After all, UNHCR has recently gained experience in its efforts to relocate thousands of Arab refugees whom it had rescued in Iraq, placing them in eleven nations around the world beginning with Chile.

In contrast, UNRWA instills millions of Arab refugee descendants with the false hope that they will be repatriated to their 1948 villages, even though these villages no longer exist. Meanwhile, UNRWA makes no effort to even encourage Arab refugee descendants to plan for a future Palestinian Arab entity that may soon be established in Judea, Samaria and Gaza.

Instead, UNRWA embraces the “right of return” curricula of the Palestinian Authority, Syria, Lebanon and Jordan, and UNRWA facilities boast maps of Palestine which replace Israel, where all Israeli cities are described as Arab cities. This past summer, our agency filmed UNRWA sports camps for children where the dominant theme was the “right of return” to the villages of their greatgrandparents.

The UNRWA school system’s call to join the armed struggle to realize the “right of return” has transformed UNRWA camps into a breeding ground for terrorists.

It was therefore no coincidence that, in March 2009, Hamas terror groups won their fourth consecutive election to take charge of the UNRWA trade union and the UNRWA teachers’ union in Gaza.

Appearing before the National Press Club in Washington on September 19, 2011, Dr. Mordechai Kedar, senior research associate at the Begin Sadat Center (BESA) for Strategic Studies at Bar Ilan University, described UNRWA as “an anachronistic institution born 60 years [ago] and [which] should have died a natural death many decades ago, like in all parts of the world after the tumult of the Second World War.” Moreover, said Kedar, “what UNRWA does is to perpetuate the wars of the 1940s as it resuscitates refugee problems that died in all other parts of the world, more than fifty years ago.”

In conclusion, Kedar addressed the contrast between UNRWA’s motto, which is “peace begins here” and UNRWA’s policies, which he said work against the cause of peace between Israel and its neighbors.

In short, noted Kedar, “UNRWA raises Arab expectations to radically change Israeli demography – expectations that will never be fulfilled. UNRWA wastes funds that could be used much [more] productively, funds which the world – especially the American taxpayer – could have used in a more productive way.”

The writer is the author of Where Has All the Flour Gone: Whims and Waste of UN Palestinian Arab Refugee Policy and the director of The Center for Near East Policy Research. 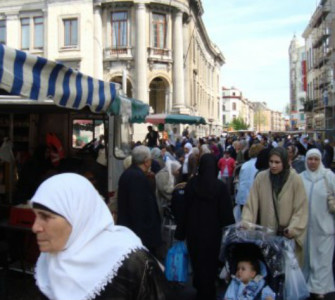