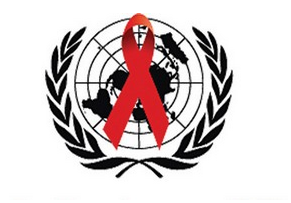 Under newly signed agreement, Jewish State will provide both funding and knowhow to the fight against infectious disease

The Health and Foreign ministries have for the first time signed an agreement between the State of Israel on the one hand and the World Health Organization and UNAIDS on the other – turning this country into a “contributing nation,” providing both funding and knowhow to the fight against AIDS.

RELATED:
Those at risk of AIDS show growing apathy toward protection

The agreement was announced on Tuesday between the two Israeli ministries and the two UN agencies that battle against the infectious disease, which has in the last 30 years has killed millions, especially in the developing world.

Israel is thus committed to help the UN bodies with its own experts in the HIV and AIDS.

Signing for Israel was Aharon Leshno Yaar, its ambassador to UN institutions in Geneva, with representatives of the two ministries looking on; senior officials of the UN agencies signed as well.

The agency officials thanked the Israelis for their agreement to financially aid the fight against AIDS despite the world economic crisis. They also looked forward very much to the participation of Israeli AIDS experts, noting their special expertise in emergencies, public health and the organization of public health services.

During Israel’s first two decades, it received health assistance from UN bodies, but in the last few decades, its knowhow has been much sought out by them, and some of its experts advise the WHO.

The country’s health system is now regarded as one of the best in the world in itsservices and quality compared to its per/capita costs. It is also well regarded for having successfully absorbed many thousands of doctors, nurses and other medical manpower from the former Soviet Union during the 1990s.