Protesters waving placards calling for Islamic law to be imposed in Egypt have demonstrated outside the country's embassy in London.

For several days, a peaceful protest has seen hundreds of ex-patriots and supporters of regime change mass outside the embassy in the centre of the capital.

Today, brandishing signs such as 'democracy will bring oppression' and 'Islam is the solution for Egypt', women in burkas were joined by men in traditional dress for a rally calling for sharia law to be imposed. 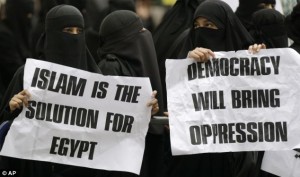 Demands: Black-clad women carry anti-democracy posters as part of the demonstration outside the Egyptian Embassy in London 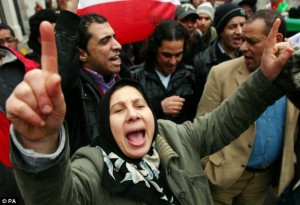 Behind barricades, holding flags aloft,  they faced a line of uniformed police in the quiet streets of central London, far from the chaos of Tahrir –  Liberation – Square in Cairo.

A spokesman for the Metropolitan Police said: 'There are approximately 300 people there, all cooperative and good-natured.'

The demonstrations – in varying numbers – have been going on for several days, as crisis has engulfed Egypt and claimed the scalp of President Hosni Mubarak.

The previously peaceful protests in Cairo turned violent once the long-time head of state announced his intention to stand down at the next election, with his supporters clashing with those who want the 82-year-old to step aside immediately.

Many waved banners declaring 'Now!' – a reference to their demand for President Mubarak to go immediately, and not linger for months as he insists he must to ensure a peaceful transition. 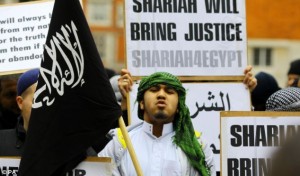 Fervour: Pro-Islamic supporters demonstrate outside the Embassy in London as crisis engulfs Egypt

Families with children joined the trek to Tahrir Square, despite fears about stone-wielding Mubarak supporters determined to respond to the continuing popular uprising against him.

The 82-year-old president himself has insisted he will serve out the remaining seven months of his term to ensure a stable process.

'You don't understand the Egyptian culture and what would happen if I step down now,' Mubarak said he told President Barack Obama. He warned in an interview with ABC News that chaos would ensue.

The upsurge in violence led Europe's leaders to deliver a warning to the Egyptian authorities today to answer their people with 'political reform, not repression'.

The statement agreed at a Brussels EU summit stopped short of calling on President Hosni Mubarak to step aside.

Instead it challenged the regime to honour the terms of a £150 million-a-year EU 'Association Agreement', under which Egypt is committed to push through political and economic reforms in return for trade concessions and financial aid. 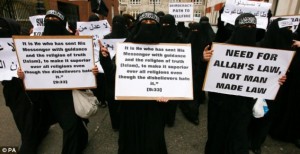 Fervour: Women call for Islamic law to be introduced in Egypt in the wake of the departure of President Hosni Mubarak

The EU statement came as Barack Obama's administration said it was in talks with Egyptian officials about the possibility of Mubarak resigning straight away, and the formation of an interim government before free and fair elections later this year.

The text urged the Egyptian authorities 'to meet the aspirations of the Egyptian people with political reform, not repression'.

It said: 'All parties should show restraint and avoid further violence and begin an orderly transition to a broad-based government.

'The European Council underlined that this transition process must start now.'

The UK government has complained to Egypt after Vodafone Group Plc was ordered to send text messages seen to instigate violence as demonstrators demanded the ouster of President Hosni Mubarak.

Britain's Foreign Office Minister Alistair Burt contacted the Egyptian ambassador in London to discuss the order to Vodafone after the company reached out to the government, the Foreign Office said last night.

Call: The London demonstrators call for the fall of Egyptian President Hosni Mubarak

Britons fleeing the violence on a Foreign Office-chartered flight told of the chaos in the country.

Shukria Ahmed-Nur, 16, told how marauding thugs terrorised the streets near where she lived.

She said: 'There were men with samurai swords, machetes and other weapons.

'They were outside our apartments, walking up and down the stairs, which was really scary.
'We were just hoping we would get out alive.'

Mother-of-two Jala Ibrahim, 33, from Fulham, west London, said: 'The country is in a really bad state at the moment. It's a bit like a war zone but the people are fighting for their rights.'

Stephanie Harkin, 25, a teacher from Luton, Bedfordshire, said: 'Our main problem was prisoners escaping from a nearby prison. We had a lot of men outside our house and so we had to create a makeshift neighbourhood watch.

'We had to sleep with knives by us as well. Across the road on the next compound there were reports that seven people had been killed and that neighbours had been attacked by thieves.'

The Committee to Protect Journalists, a New York-based media watchdog, said it had recorded 24 detentions of journalists, 21 assaults and five cases in which equipment was detained over a 24-hour period.

The call came as a Swedish TV journalist was reported to be in a serious condition after being stabbed. 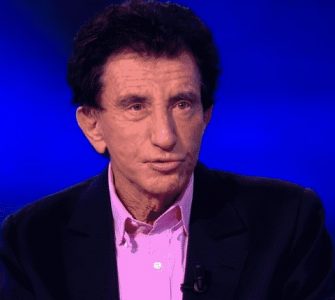