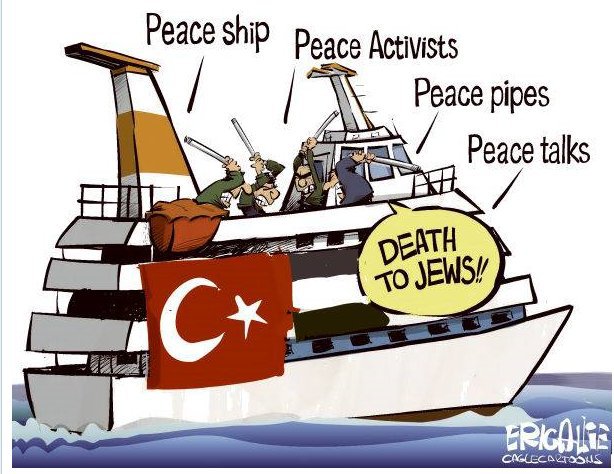 The Commission has reached the following conclusions:

• The conflict between Israel and the Gaza Strip is an international armed
conflict.

• Israel’s ‘effective control’ of the Gaza Strip ended when the
disengagement was completed.

• The purpose of the naval blockade imposed by Israel on the Gaza Strip was
primarily a military-security one.

• The naval blockade was imposed on the Gaza Strip lawfully, with Israel
complying with the conditions for imposing it.

• Israel is complying with the humanitarian obligations imposed on the
blockading party, including the prohibition of starving the civilian
population or preventing the supply of objects essential for the survival of
the civilian population and medical supplies, and the requirement that the
damage to the civilian population is not excessive in relation to the
concrete and direct military advantage anticipated from the blockade.

• The imposition and enforcement of the naval blockade on the Gaza Strip
does not constitute ‘collective punishment’ of the population of the Gaza
Strip.

• International law does not give individuals or groups the freedom to
ignore the imposition of a naval blockade that satisfies the conditions for
imposing it and that is enforced accordingly, especially where a blockade
satisfies obligations to neutral parties, merely because in the opinion of
those individuals or groups it violates the duties of the party imposing the
blockade vis-à-vis the entity subject to the blockade.

• A vessel that attempts to breach a blockade is subject to international
law governing the conduct of hostilities: international humanitarian law,
including the rules governing use of force.

• The Israeli armed forces’ interception and capture of the Gaza Flotilla
vessels in international waters – seaward of the blockaded area – was in
conformity with customary international humanitarian law.

• The tactics chosen to intercept and capture the Flotilla
vessels -including having Shayetet 13 naval commandoes board from Morena
speedboats and fast-rope from helicopter onto the roof of the vessels – was
consistent with established international naval practice.

• The participants in the Flotilla were predominantly an international group
of civilians whose main goal was to bring publicity to the humanitarian
situation in Gaza by attempting to breach the blockade imposed by Israel.

• On board the Mavi Marmara and the other flotilla vessels was a group of
IHH and affiliated activists (the “IHH activists”) that violently opposed
the Israeli boarding. The IHH activists who participated in that violence
were civilians taking a direct part in hostilities.

• The force used against civilians on board the flotilla was governed by the
principles of « necessity » and use of « proportionate force » associated with
human rights based law enforcement norms. However, the IHH activists lost
the protection of their civilian status for such time as they directly
participated in the hostilities. The use of force against these direct
participants in hostilities is governed by the applicable rules of
international humanitarian law.

• The Rules of Engagement for the operation provided an authority to use
force that reflected the nature of a law enforcement operation.

• The IHH activists carried out the violence on board the Mavi Marmara by
arming themselves with a wide array of weapons, including iron bars, axes,
clubs, slingshots, knives, and metal objects. These were weapons capable of
causing death or serious injury. Further, the hostilities were conducted in
an organized manner with IHH activists, inter alia, operating in groups when
violently assaulting the IDF soldiers.

• The IHH activists used firearms against the IDF soldiers during the
hostilities.

• The Commission has examined 133 incidents in which force was used. The
majority of the uses of force involved warning or deterring fire and
less-lethal weapons.

• Overall, the IDF personnel acted professionally in the face of extensive
and unanticipated violence. This included continuing to switch back and
forth between less-lethal and lethal weapons in order to address the nature
of the violence directed at them.

• The Commission has concluded that in 127 cases, the use of force appeared
to be in conformity with international law.

• In six cases, the Commission has concluded that it has insufficient
information to be able to make a determination.

• Three out of those six cases involved the use of live fire and three cases
involved physical force; two incidents of kicking and one strike with the
butt of a gun.

• In five out of the 127 incidents that appeared to be in conformity with
international law, there was insufficient evidence to conclude that the use
of force was also in accordance with law enforcement norms. However, in
these cases, force appeared to be used against persons taking a direct part
in hostilities and, as a consequence, was in conformity with international
law.