Europe-Israel and Aschkel Info are launching a petition against two iniquitous decisions by Unesco to remove Rachel's Tomb and the Tomb of the Patriarchs from the Jewish cultural heritage and history in order to make them Muslim places of worship.

The petition also requests that the appropriation of Maimonides as an alleged Muslim scholar must be corrected in the report "on the state of science in the Arab States by Adnan Badran " as a pure act of revisionism, whereas it is historically proven that Moses Maimonides was one of the greatest Jewish scholars of the Spanish Golden age and remains one of the masters of Judaic thought .
Petition to Mrs Irina Bokova , General Director of Unesco

The European people is stupefied by the recent measures taken by Unesco , regarding Rachel's Tomb and the Tomb of the Patriarchs’.

Whether we are laic , Christians or Jews , the two decisions taken by Unesco are shocking to the entire Judeo-Christian Western world.

The European people joins the various Jewish communities to remind the following points :

1/ Request 184 Ex 37 by UNESCO's Executive Board to remove Rachel's Tomb and the Tomb of the Patriarchs from the Israeli National Heritage and to call it "Bilal Bin Rabah Mosque" is an unjust decision without historical basis and an outrage to the whole Judeo-Christian world for the following reasons:

– The monument has always been named  "Rachel's Tomb" since the beginning of recorded history not only by Jews, but by Christians and Muslim as well.

– For the first time in 1996, without any historical , cultural or religious foundation, the name "Bila Bin Rabah Mosque" was mentioned.

– In 1615 Rachel's Tomb was attributed exclusively to the Jews by the pasha of Jerusalem. In 1841 it was purchased by the English Jewish leader Moses Montefiore from Turkish authorities. Out of respect, the same Moses Montefiore, built a mihrab adjacent to the building. Rachel's Tomb is a famous place of pilgrimage for Jews. It does not represent any particular interest to any other religion.

By endorsing an ideological and very recent renaming, Unesco is joining an attempt to deny Jewish memory from places of worship where its ancestors have lived and prayed for millennia.

2/ The second outrageous and incomprehensible measure is the choice of Tehran to hold the November 23-25, 2010 symposium of philosophy under the auspices of UNESCO.

It is unbearable to see Unesco honor a government that keeps its people under a regime of terror and denial of basic human rights, especially as regards to women, a governement that stays in power after faked election results and that continually threatens the annihilation of Israel, a full member of the UN.

What is the contribution of the totalitarian Iranian regime to philosophical reflection? Will stoning be part of the topic ?

Madam General Director, UNESCO was established on the basis of beautiful and noble ambitions. In the past it happened to fall under the influence of political pressure by violating the requirements of truth at the base of all authentic education. This led to the shameful 1974 declaration on Zionism as racism. Today, again, UNESCO is at the crossroads.

Education, progress and philosophy deserve to draw their examples from elsewhere than the Iranian regime. Your election was greeted with joy by advocates of democracy and freedom. Tomorrow what will remain of those hopes?

3 / We have been amazed when reading the report on the state of science in the Arab States written by Adnan Badran, to read that "between 1100 and 1350, during the first part of the European Middle Ages (1100-1543), the names of some European scholars appeared in the scientific literature next to a large number of Muslim scholars, including Ibn Rushd (Averroes), Moussa Ibn Maimoun (Maimonides), Tousi and Ibn Nafis "

Is it necessary to remind your esteemed institution that Maimonides was one of the greatest Jewish scholars of the Spanish Golden Age, and remains one of the Masters of Judaism thought ?

This attempt to rewrite history by slowly erasing 4000 years of history of Judaism and Christianity is similar to revisionism.

If UNESCO continues on this road, the Western world will clearly see that this institution is now under the sole influence of the Organization of Islamic Conference. UNESCO will eventually lose all credibility and its reason to exist.

That is the reason why, the European people specifically ask you to withdraw these various decisions, and to correct the voluntary error made on Maimonides 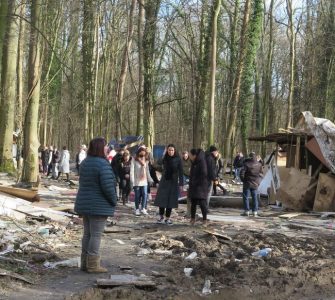