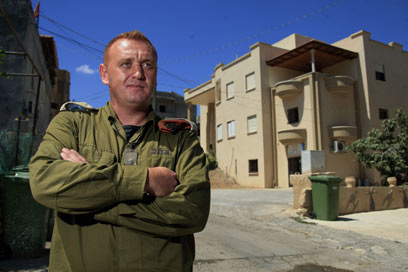 His best friends cut ties with him, his fiancé left him and he still gets cursed in the street. But Hisham Abu Varia does not regret becoming the first Arab-Israeli IDF officer. ‘You must give back to the country you live off,’ he says

Nothing appears unusual with the officer seated in the car on the way to Sakhnin. No one would guess that the redheaded man, a second lieutenant, is not your average soldier. Nothing can disclose the fact that Hisham Abu Varia is a Muslim and that we’re driving to his hometown.

« Isn’t it a problem for you to enter the city with your uniform?, » I ask him, as we near the city’s entrance.

« I come in here with my uniform and weapon and they respect me, » he answers. « I’m only afraid during Land Day and don’t do it. In my neighborhood, Wadi Safa, each person lives his life and has his own opinions. They can’t bear extremists. »

Hisham Abu Varia was born 26 years ago to Khaled, a building contractor and Hania, a housewife – parents to 14 children. At the age of 10 he was already busy doing manual work, from fruit picking to construction work. After high school he worked for two years installing roofs. He gave his earnings to his parents who paid for his brother’s medicine studies in Russia.

« I didn’t really have a childhood, » he says, not the least bit sentimental. « Now I’m making up for it. I allow myself to have fun. »

The decision to join the army started as a child’s impulse. One of his brothers-in-law had been taking him to IDF ceremonies. Abu Varia loved looking at the soldiers standing neatly in rows and after seeing the tank exhibition in Rahat he decided he wanted to become part of the Israel Defense Forces. He was 23 at the time and worked as a teacher.

Hisham was also inspired by one of his older brothers – the first of the family to join the army and among the few Arab-Israelis to complete three years of service. « He was a role model to me and many others because of his integrity and conviction to do what he thought was right. A brave man not influenced by other people’s opinions. » Sadly, Hisham’s brother died of a sudden heart attack a year ago.

At his home we are greeted by Hisham’s father and one of his brothers. The mother, a diabetic who is still mourning the loss of her son, got out of bed to shake our hands as we entered the living room. On the room’s walls are pictures of the family and a hand-made embroidery showcasing the 99 names of Allah in gold letters.

« The army is the entry pass into the Israeli society, » Hisham explains. « The Arab sector thinks it’s second rate here, but to get privileges one has to give and not just receive. The state protects its citizens even if they don’t serve – my parents live off income support. You must contribute to the country you live off. What other country would have an Arab Knesset member, who is being paid by the state, promoting the interests of the Islamic movement and screwing the promotion of the sector it is supposed to represent? »

Many people think the State discriminates against the Arabs.

« The Arab sector is like a herd. It doesn’t think by itself and is affected by various radical movements. Most youngsters don’t have anything to do with themselves. They run around the streets, wasting their time and that’s only if they finished school. Service in the army is educating, it gives you structure, order – that’s what young people are missing here. »

When I ask how his parents responded to his choice, Hisham’s father Khaled replies: « I pushed him to do it, » but Hisham corrects: « My father had reservations in the beginning, but I knew what I wanted. Most Arab enlisters sign up not in order to serve but because they are fed up with their lives. They have no clue what an army is, » he says and notes most drop out. « They didn’t expect it to be hard or either couldn’t handle the peer pressure. »

Did you get harsh responses outside the family?

Not too many. Swears here and there, but mostly from kids. People here accept it and even ask my dad how to talk their kids into enlisting. »

But while Hisham is being photographed his brother tells a different story. « It wasn’t easy for him. He was very close to dropping out six months into it. His best friends cut contact with him and the girl he wanted to marry left him, » he says and adds he wasn’t in favor of his brother’s choice. However, when Hisham decided that’s what he wanted, his brother stood by him. « A person must follow his heart, » he says. He then becomes quiet, smoking his cigarette. « Say, why don’t you do a story about our problems – how we live here, our difficulties, our deprivation? »

After the shoot is over Hisham says that the few Arabs who join the army take off their uniform before they enter the city. « I was also afraid at first. The Arab sector has a lot of potential in terms of enlistment but there are two obstacles: The Islamic movement and the social obstacle, the pressure from the environment. I also get looks in the street.

« Three of my best friends, who went through school with me, turned their backs on me. It was too hard to bear. If the army made the whole sector enlist, many would do it, if not all. »

Hisham’s parents set two conditions. « That if I join the army I won’t quit and that first of all I get my BA. So I went to study what you Jews don’t study and don’t know – Hebrew language, » he says laughing. « And Middle Eastern studies. »

Why Hebrew of all languages?

« Since the age of six I wanted to learn the language. I love it. I also know Aramaic, » he adds. « During officers’ course we were sent to guard communities in Shvut Rachel and were invited to take part in a Passover seder. The hosts had no idea of my background and there I was sitting at the table reading from the haggadah. When they realized who I was they stood up and applauded me. »

This population is very hostile to the Arab sector.

« They don’t hate the Arab-Israelis but those outside Israel who want to do harm. In any case I was brought up to respect any place I am a guest in. I came there for a military assignment and I performed it to the best of my ability. »

And how did the soldiers welcome you?

« Most of my company consisted of religious guys. At first they thought I was a Druze, and when I said I was from Sakhnin they were shocked and asked me what I was doing there. »

What did you say?

« That it was my right and that I was capable. I also gave a whole lecture about factions within Judaism. I studied up on the Hassidic movement and haredim for an entire week. It was very interesting. I got an honorary notation. 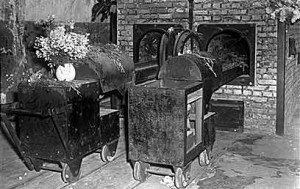 Recently Hisham returned from a visit to Poland, where he toured the Auschwitz and Majdanek concentration camps. He became the first Arab-Israeli to visit Poland as part of an IDF program. »I knew the word Holocaust, I knew that the Nazis murdered Jews but nothing more than that, » he admits. « In Majdanek there was a moment I thought that all those involved in the Jewish-Arab conflict should come here to see what was done to the Jewish people and leave them alone. »

In Birkenau, he says, he asked to pray in Arabic. « I had chills all over my body. I asked God to have mercy on all the victims. I didn’t expect what I saw there. An oven which was loaded with two men and a woman, because the woman had more fat, making it burn better.

« I kept asking myself where was everyone? Where was the United States, the Arab countries? If the Germans had won the Arabs would have been murdered as well. I saw the photos of the victims and felt part of them. There was a Holocaust survivor with us who showed us where she was raped, where all her family had been murdered before her very eyes. She cried and we cried with her. It was a life altering visit. »

Later in the day we visit Hisham’s close friend Ghaleb, owner of the peace restaurant in Sakhnin. « It’s natural in the sector that if someone goes to the army or the police he is viewed as a traitor, » he explains. « They might not tell it to your face but that’s what they feel. »

Before we part ways, I ask Hisham about his plans for the future. « To reach the highest rank I can, » he answers without hesitation, « and the get my masters in anthropology. It’s because of the service. In the army everyone is equal, but there is no other place that gathers such different people with such different cultural backgrounds who still manage to live together. That’s what interests me the most. » 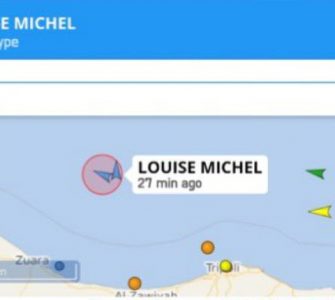