LONDON – As almost every Israeli knows, public relations are one of the country’s main worries. But surprisingly, the man who has given Israel one of its biggest PR boosts is a British man with a medal of honor from the Queen of England. Colonel Richard Kemp, 51, served in the British army for 30 years. During his time there he commanded the British forces in Afghanistan, served in southern Ireland, Bosnia, and Macedonia, participated in the Gulf War, and specialized in anti-terror warfare.
Kemp’s distinguished resume also includes membership on the exclusive COBRA council, a crisis response committee whose members are intelligence, secret service, police, and army officials charged with advising the government in times of emergency.
These astounding credentials have turned Kemp into something of a war hero, and his book depicting the UK under terror attack, ‘Attack State Red’, was an instant bestseller. He prefers to keep the location of his London office secret, in order to avoid attempts on his life.
But in Israel the colonel remained little known until January 2009, when a video clip showing him defending Israel during an interview with the BBC was posted on YouTube.
Kemp explained to his interlocutor that Israel had no choice but to engage Operation Cast Lead in Gaza, and stressed that the actions the IDF was taking in order to avoid civilian casualties were exceptional, especially because Hamas fighters had been trained by Hezbollah and Iran to fight from within a civilian population.
Later he also defended Israel’s reputation during a testimony before the Goldstone committee, which investigated the Gaza offensive, taking aim at the international community for heaping criticism on the state.

‘Report based on unreliable testimonies’

On Tuesday Kemp arrived in Israel to take part in the 10th conference of the IDC’s International Institute for Counter-Terrorism, where he delivered two lectures on the threat of al-Qaeda. Some of his experiences in the Holy Land have already been shared on Twitter, including a tweet saying that the beauty of swimming in the sea in Israel is that you don’t have to wait long to see an Apache flying low over the coastline.
« The main problem with the Goldstone report was and remains the fact that most of the claims in it are unfounded, » Kemp said on the report’s one-year anniversary.
« Judge Goldstone admitted it himself. It is based mainly on interviews committee members held with residents of Gaza, and not on the investigation of the wider context and the claims made by both sides. I don’t think the Palestinian witnesses are lying, but at least a few testified and spoke as they believe the Hamas government would want them to, so their claims must be treated carefully. We’re talking about a report that has no real credible foundation, based on unreliable testimonies. »
When asked whether it was true that the report was biased because of the political views of the committee’s members, Kemp answered that though it may not provide a substantial space for Israel’s claims, « it’s important to remember that it was the Israeli government’s decision not to cooperate with the committee ».
But the report is perhaps more offensive, he says, because it significantly harms the abilities of Western states to defend themselves against terror. « In a roundabout way the report gives legitimacy to tactics used by terror organizations all over the world, and legitimizes their ability to hide behind civilians. In this way it turns any action by Israel in its war against such terrorists into an illegitimate act, and indirectly encourages the prolongation of this tactic, » Kemp said.
Terror organizations, he added, are aware of global criticism against the deaths of innocent people and purposefully attract forces to civilian centers, schools, and holy places. « Just this week, in southern Afghanistan, a group of Taliban operatives attacked British forces from a mosque, » he said, a tactic also used by Hezbollah and Hamas.
The bottom line, Kemp insists, is that if Western states adopt the conclusions of the Goldstone report they will be left with no « realistic way » to act against terror anywhere in the world, Afghanistan included.

‘Int’l law must be adapted to reality’

In general, he added, democracy and its laws make it very difficult to fight terror. « In Britain, for example, we know of figures involved in terror but we can’t do anything against them because of human rights laws, » Kemp says.

« For example, there is an Egyptian imam we know is involved in terror, but you can’t deport him because he will be executed there. Guantanamo is a similar story. The world condemns it but what can you do with terror suspects? You can’t treat them like prisoners of war

« The war is with organizations such as the Taliban in Afghanistan and Hamas in Gaza, who not only do not respect international law in the battlefield but also use it for evil. Laws need to be adapted to reality. Unfortunately the public is of the opposite opinion because of short memory spans, but people will change their minds again after the next attack. »

When asked how he would compare Western countries’ operations in Afghanistan and Iraq to the IDF’s operations in the Palestinian territories, Kemp answered, « First of all, I have never been to Gaza. My assessment is based on what I read and see in the publications on both sides and the global press, and of course 30 years of participation in the war on terror. »

Kemp said IDF forces took extraordinary measures to bring down to a minimum the number of civilian casualties during Cast Lead, but that they could not be entirely prevented during war. « In this sense there is no difference between the IDF’s operations in the territories and the US and British armies’ operations in Afghanistan. The political context is of course totally different but the situation on the ground is the same, » he added.

When asked why, then, he thought Israel’s actions are criticized at every turn while Britain and the US are not, Kemp answered that prejudice against Israel was often at play.
« In certain international circles there is sometimes the automatic assumption that everything the IDF does is illegal. There is harsh criticism against the US and British armies as well, but they are given the benefit of the doubt. Israel is always automatically condemned, no matter what. It’s a joke, » he said.
« Even the conspiracy theory that the one responsible for the September 11 attacks is not al-Qaeda but Israel refuses to die out. It’s unbelievable. Only yesterday I was interviewed by a Spanish radio station and asked about it. I explain that it isn’t possible, and that al-Qaeda had claimed responsibility for it a long time ago, but it doesn’t help. »
Kemp is also well-acquainted with Israeli intelligence from past cooperation, and has visited the country many times as part of his COBRA function. « The cooperation between our two intelligence agencies was successful and continues today. We are dealing with similar threats so it would be foolish of us not to cooperate, » he said.
« On the day of the 2005 London attacks the first call I received was from the CIA, and the second was from the Mossad: ‘Anything you need, just say the word.’ It’s the close cooperation and affinity between Britain, the US, and Israel. There are also other states of course, but I will always remember that the second call was from Israel. In such a situation it’s good to know you have friends. »
Kemp also relied on Israeli expertise when he accepted the command of the British forces in Afghanistan. « I had no experience dealing with suicide bombers, » he said. « After speaking with officials in our army I was not satisfied, so I called someone in the Israeli embassy and explained that I needed advice.
« The next day a senior officer from the IDF arrived on a special flight from Tel Aviv. He’s considered an expert in the field of warfare against suicide bombers, and he sat with me for four hours and told me everything he knew that he thought could help us in Afghanistan. I just sat there and took notes. »
Benjamin Tovias contributed to this report
0 Shares 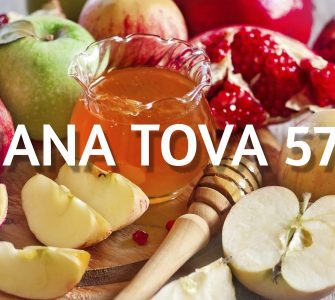